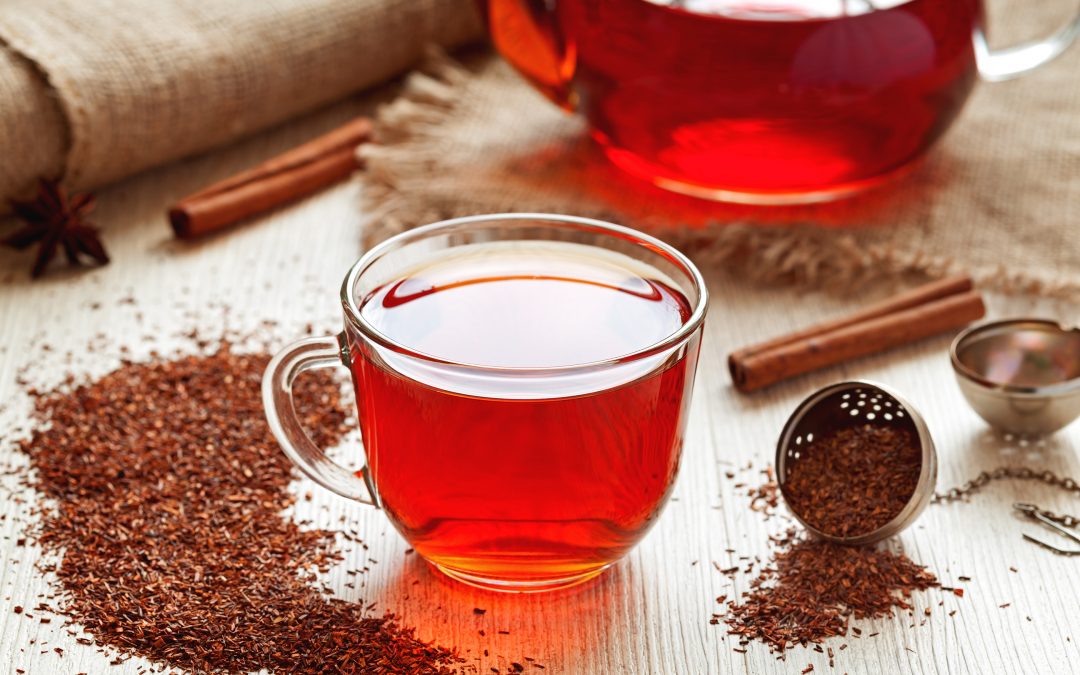 By Georgia Taylor
​
Rich with antioxidants, Rooibos tea is grown in South Africa, more specifically the Cederberg region.  Rooibos, pronounced ‘Roy-Boss’, is also known as Red Tea, South African Red Tea, Bush Tea or Red Bush Tea and dates back 246 years to 1776, when it was first discovered by Dutch settler Carl Humberg.
The tea was first used as a medical remedy and was highly enjoyed because of its delicious and smooth taste. It was in 1904 when the tea was distributed to a tea manufacturing company by a Russian immigrant that the tea became marketed to those who knew nothing of its existence. The tea’s popularity increased along with the knowledge of it.
​
​In 1939 the world saw turmoil. World War II had begun, causing prices to rise and retailers of the tea had a difficult time gaining access to its leaves. This did not stop the world drinking the smooth and delicious blend; in fact, the tea gained popularity as Asian tea blends became increasingly harder to import. Rooibos was the next best thing for tea drinkers. Demand was high, but the supply was exhausted.

WWII ended in 1945 and although Rooibos remained popular for its flavour, it wasn’t until 1968 that the true benefits of Rooibos tea were revealed. A South African mother, Annique Theron, released the first book on all the benefits of Rooibos tea. Desire for the tea took off, causing the tea’s popularity to rapidly spread across the globe and intriguing scientists to further study the unlikely subject of Rooibos tea. Rooibos is now highly sort after in Africa, Europe and Asia and is slowly migrating to America and various other countries.

Rooibos tea has been found to be filled with rich antioxidants and is part of the legume (pod or seed) family. The tea provides many health benefits to those who are drink it: it is rich in Vitamin C and minerals, caffeine-free and low-tannin (a bitter organic substance found in plant tissue). Rooibos promotes good digestion and assists liver and kidney function. Its use as an anti-inflammatory has been widely reported, along with its natural anti-histamine effect used for hay fever and allergies. It is also great as a herbal tonic for naturally building the immune system.

People have claimed the tea to be an anti-aging remedy, a natural spasm relief for involuntary muscle spasms, an anti-viral tea to fight viral infections and an anti-bacterial.

With the tea being so high in antioxidants it could be capable of many of these things along with much more, but it is greatly determined by your body’s needs. It’s up to you try it out for yourself and help your body reach new kinds of healthy in a natural way!

I like to enjoy mine as loose leaves, allowing the antioxidants to infuse the tea much faster whilst it brews, but you can also find the tea in tea bags. Rooibos can be enjoyed with or without milk and is a great alternative to coffee. By drinking the delicious blend that is Rooibos tea, you will be steering your body in the way of natural health and wellbeing like it deserves.

The question now isn’t whether to enjoy it with or without milk, but what size bag to buy? Follow the link to purchase your bag:  Click here to purchase.